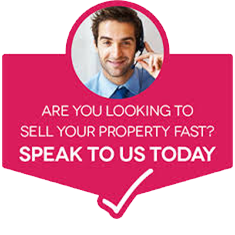 Dunces Cap for the Chancellor - Tax Changes are wrong

Tax changes all bad for landlords

With a shortage of affordable housing, the UK’s estimated 2 million private landlords are filling the gap between homeownership and council housing. Nearly 20% of households in England alone are in the private rented sector - accounting for around 4.4m homes.

So what has the Chancellor got against private landlords?

Last year, several tax changes were announced in the Summer Budget and Autumn Statement that will typically affect a landlord’s profitability:

Mr. Osborne also announced that the new reduction in the rate of capital gains tax (CGT), effective from 6th April 2016, would not apply to investment property.

So, landlords who sell up will not benefit from the new rate of 20% for higher rate taxpayers and 10% for lower rate taxpayers but will continue to pay the current rates of 28% - or 18% respectively - on any profits they make when they sell a property.

What does this mean for the property market?

While these changes may have been part of the Chancellor’s plan to encourage home ownership, industry commentators believe that landlords will offload their less profitable properties – typically family homes in less desirable areas – meaning that first time buyers looking for flats and small homes will still be in the same position as they are now.

With some landlords being forced to sell their investments, this may also have the knock on effect of flooding the property market and driving down housing prices.

Those landlords who don’t sell up due to CGT concerns may have to increase their rents in order to make their investment profitable – meaning tenants will suffer.

Finally, some of the major banks have announced that when considering a BTL mortgage, in order to be eligible, landlords will need to receive 145% on their mortgage costs in rental payments - an increase from 125%.

While this does sound all doom and gloom for property investors, at Villabela Properties Ltd we believe that there will always be a need for good quality, affordable rental properties - ones which will still provide a profitable return on investment for landlords, despite the Chancellor’s efforts.